Are you interested in seeing a FREE MOVIE — get free tickets to a Dallas showing of LONDON HAS FALLEN, which hits theaters March 4th.  After the death of the British prime minister, the world’s most powerful leaders gather in London to pay their respects. Without warning, terrorists unleash a devastating attack that leaves the city in chaos and ruins. Secret Service agent Mike Banning (Gerard Butler) springs into action to bring U.S. President Benjamin Asher (Aaron Eckhart) to safety. When Asher falls into the hands of the sinister organization, it’s up to Banning to save his commander in chief from a horrible fate.The film stars include  stars Gerard Butler, Aaron Eckhart, and Morgan Freeman, with Alon Moni Aboutboul, Angela Bassett, Robert Forster, Melissa Leo, and Radha Mitchell in supporting roles.  FREE THINGS TO DO IN DALLAS readers can attend a FREE sneak preview of the film on Tuesday March 1st at 7 p.m. at Angelika Film Center & Cafe. 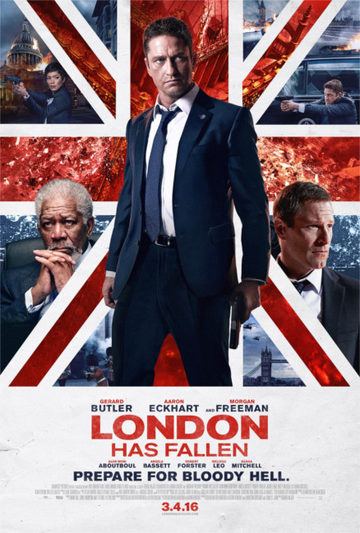 limited in number, so please don’t abuse the system and get yours now – if this movie interests you. Once our limit has been reached, the system won’t issue more. Remember, even with a pass seating is not guaranteed, so arrive early.

CHECK OUT THIS MOVIE TIE IN WITH MORGAN FREEMAN –  Whether he’s playing the President, accepting awards or narrating penguins, there’s no doubt that Morgan Freeman has one of the greatest voices of all time. So much so that, if he wasn’t an actor, we’re sure he would have ventured into the trade

.     Well, lo and behold – the impossible has finally happened; Freeman’s voice has been added to Google’s free navigation app

Waze in order to promote the upcoming action sequel London Has Fallen.    In an even bolder move, those who download the app will realise that Freeman – in character as the Vice President Allen Trumbull – speaks to you as if you yourself are the President. We’re sure it makes for a strange albeit fulfilling experience.

CHECK OUT THIS TRAILER

Visitors to Things to Do in Dallas